Buddy was born in 1967 and began his journey from Germany to sunny California. He spent these days touring some beautiful beaches and was used as a camper keeping his owners comfortable whilst they were sleeping. Gradually over time, Buddy was used less and less and spent a good few years stood in the same spot, doing nothing, which seized his engine and his good looks deteriorated. 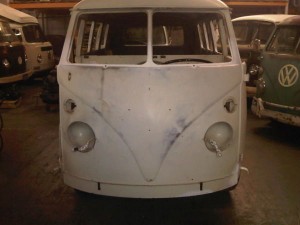 In 2011 Buddy was found in a sorry state and he was imported to the UK to receive some much deserved TLC.

It was decided that Buddy was going to have a change of career and plans were put into place to fully restore him into a Luxury Ice Cream Van.

Once in the UK he had to make a 2½ hour journey from Carmarthen, West Wales to Shrewsbury to begin the first step, this being a complete restoration of his engine and working parts and of course his bodywork to bring back his sparkle!

He then made his way up to Crewe for his freezers to be custom designed and fitted. The next leg of his journey was back to Wales (Cardigan), to have his interior designed to make him look as stunning inside as he does outside.

Finally in February 2014 Buddy was raring to hit the road and promote his new career. He began attending Wedding Fayres, Food Festivals and various other events. It was in May 2014 his dream came true when he served Luxury Ice Cream at his first Wedding. The more people saw him the more Weddings he was asked to attend and do what he does best, serve Luxury Ice Cream. He’s now looking forward to a very busy future! 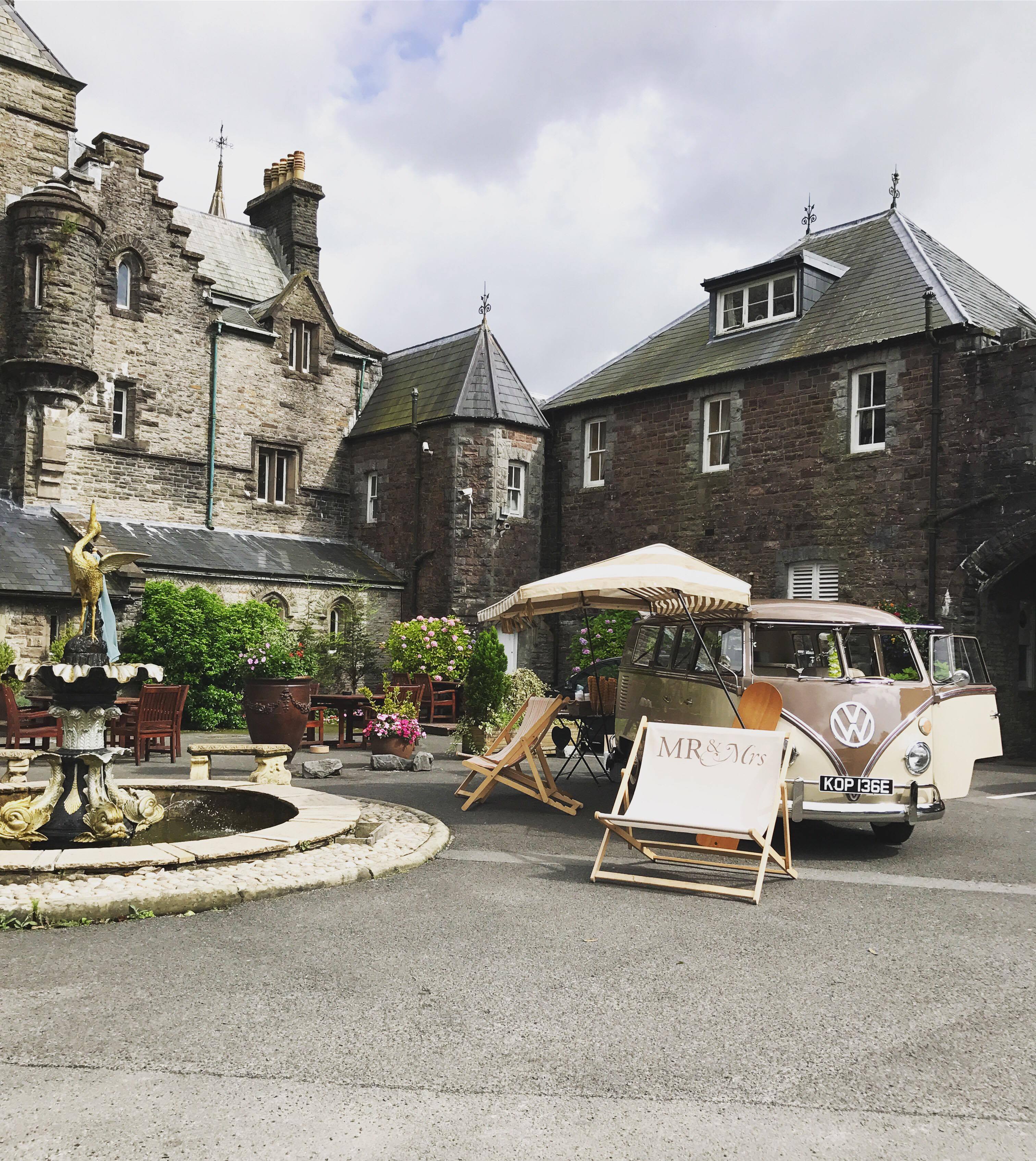 Buddy is a VW 1967 Split Screen Camper, who has been fully restored and converted into a Luxury Ice Cream Van. Available for hire for any of your special events with a dazzling choice of delicious Ice Cream. Contact us about hiring Buddy today!

Bella is a 1968 VW Beetle Cabroilet. She has been lovingly restored to transport you to your Wedding in true vintage style.

Her classic colour scheme of vintage ivory, with a tan / beige roof, with matching interior will blend in with any colour scheme.

Bella can be hired with Buddy or individually.